Elevation: The consideration of elevation is primarily to protect against the possible inundation from ocean tsunamis. We will not speak of elevation in absolutes, but rather in relationship to distance from ocean shorelines. 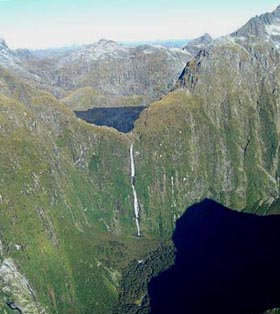 It appears many people think that simply moving into the mountains or being at a high elevation implies safety. Project TriStar will explain why this is not always true and why there is much more to be considered. Besides being high enough and far enough from the ocean, we will consider topography as it relates to extreme conditions and land erosion.

If you’ve spent any time in the mountains or seen photographs of mountain ranges, you may have noticed signs of large scale erosion. Some in the form of rock slides, deforestation from mud slides, and still others in the form of mountainsides that appear to have been sheered off at some time in history. When you see entire mountain ranges riddled with rock slides of massive boulders, you might ask yourself “what kind of force was required to create such a slide?” These erosion fields provide a geological reference into the risk from a possible cataclysmic event. 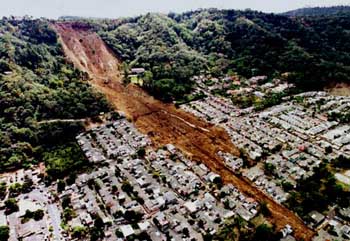 How many times have you seen on the news where a moderate earthquake, torrential rain, or volcanic eruption has resulted in part of a town or an entire village being submerged by mud slides? Now imagine how the Possible Earth Events may impact a mountainous location. For these reasons, topography must also be considered with elevation.

The below satellite image is a before and after from the 7.9 magnitude earthquake that struck the mountain region of China in May of 2003. In these images, red is vegetation and brown is either dirt, mud, or rock. As you can see from these images, the earthquake caused massive mud and rock slides in the mountain regions, destroying crops, villages, and killing over 70,000 people.

No one knows the exact height that tsunamis might reach under cataclysmic conditions, but it is a fact that the closer you are to the ocean shoreline, the higher you must be in order to remain safe. We don’t have a magical formula for calculating this ratio, but Project TriStar would not recommend a location near the shoreline at any elevation.

You must also remember that mountains ranges are generally formed over or near major fault lines. There is concrete geological evidence that mountain ranges have risen or fallen over 3,000 meters in a single cataclysmic event. If such an event were to occur, then very few if any mountain locations would be considered safe. Such events have also been known to submerge entire mountain ranges and portions of continents under the ocean. 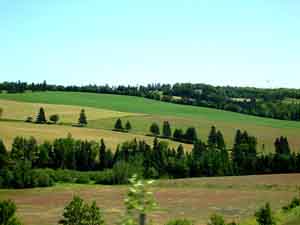 Elevation does not necessarily mean safety. Again, this is a balance between elevation and distance from water hazards. The further inland, the less elevation needs to be major consideration. There are places across the planet where the topography rises gradually and you aren’t necessarily in the mountains. In fact, Project TriStar has concluded that the ideal location would be in rolling hills or on a high plateau rather than in a mountainous region.

If you choose a location that’s the recommended 500km from the ocean, then elevation is primarily to remain clear of potential changes in underground water tables and flood zones.

Recommendation: Choose a location that is around 500km (300mi) from any ocean shoreline and at least 150 to 300 meters above sea level. Any higher elevation would be more desirable as long as there is an assessment between elevation and risk as described in Mountain Locations.