Introduction: Timeline To The Future will attempt to collate, correlate, and summarize a variety of scientific, geological, and ancient data related to past geophysical events and the potential of future events. The overall picture created by this analysis may not be comforting, however, this is meant to promote contemplation and discussions about the possibility and probability of these events occurring. This is not meant to be absolute concrete proof these events will occur.

The below graph of ice core data from the Antarctic shows that ice ages occur approximately every 100,000 years like clockwork. At the present time (far left side of graph), Earth is at a point that suggests we may be entering a new ice age at any moment. Timeline To The Future asked “what controls this pattern?” and "why is no one talking about this pattern?".

Add to this data, tales from virtually every culture of great floods that destroyed entire civilizations. Once you become aware of the archeological and geological data in relationship to ancient cultures, you begin to question what many might simply ignore. You might ask:  Why are there submerged cities under every ocean on the planet? When did this happen? There are over 200 cities under the Mediterranean Sea alone. Then you have the repetitive patterns of land masses being submerged under the ocean only to have these same land masses re-emerge from that ocean at some other point in history. 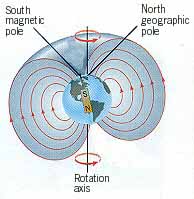 Through science and observation, we’re now witnessing a new level of potential activity and real geophysical events across our planet. Scientists have proven that Earth’s “magnet” poles do flip 180 degrees in what’s called a pole shift. There are theories as to the frequency of such shifts which range anywhere from 23,000 years to almost 800,000 years. Since a flip in magnetic poles can only occur if Earth spins in the opposite direction, this means that Earth has reversed it’s rotation in the past. Add to this that ancient Egyptian, Chinese, and South American cultures describe multiple times in their history where the Sun did not rise or set for a period of 3 days, and when the Sun did rise again, it rose on the opposite horizon.

Ancient cultures describe a time when the astronomical constellation passed directly around Earth on the equator. From the below image, you can see these constellations currently cross Earth's equator at an angle of about 23 degrees. From this we can conclude that the geographic poles have shifted 23 degrees from when those ancient cultures recorded their observations.

Across the planet, we’re observing an increase in earthquakes (both large and small) even in locations where they are rarely experienced. These same earthquakes are causing a new wave of tsunamis that plague shoreline communities. Add to this that ocean tides and currents are becoming more extreme and unpredictable. 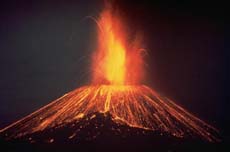 Volcanic activity is also increasing globally. In fact, many volcanoes that have been dormant for thousands of years are suddenly pouring out hot gases and ash into the atmosphere. We have new volcanoes emerging from several oceans, creating new islands and land masses. Some of these land masses are in locations where ancient cultures describe the prior existence of entire continents. Add to this that several volcanoes are past due for a major eruption on geological scales. The eco-systems around these volcanoes are rapidly dying off as the water and air are becoming hyper-toxic to all life.

Scientists have proven the Sun is going through changes today that they have never witnessed before. In October 2008, NASA scientists warned that the heliosphere, the protective shield of energy that surrounds our solar system, has weakened by 25 per cent over the past decade and is now at it lowest level since space exploration began in the 1940's.

Scientists are baffled at what could be causing this protective barrier to shrink in this way. If the heliosphere continues to weaken, scientists fear that the amount of cosmic radiation reaching the inner parts of our solar system, including Earth, will increase. This could result in growing levels of disruption to electrical equipment, damage satellites and potentially even harm life on Earth. 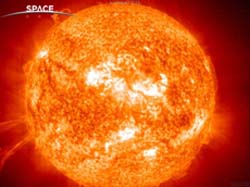 NASA, NOAA, and ESA are predicting that Solar Cycle 24, which just started, could be up to 50% stronger than its 'record breaking' predecessor Cycle 23 which produced the largest solar flare ever recorded. The Sun will reach its 'apex' (maximum potential of this solar cycle) in late 2011 into 2012.

Ancient civilizations often refer or represent the Sun as their supreme deity who provides sustenance and dispenses destruction. Is it possible that these are literal terms and not just figurative? Ancient records describe times of extreme heat on the planet Earth. They refer to periods when the Sun became so hot that virtually everything burned and the only people who survived where either in caves or stone temples.

There is geological proof that mountain ranges across the world have risen or fallen 3,000 to 8,000 meters in a single event some 11,500 years ago. The research and conclusions for this proof can be found in a book called "CATACLYSM!: Compelling Evidence of a Cosmic Catastrophe in 9500 B.C.", written by D.S. Allen & J.B. Delair. According to these authors, during this same event, virtually all life on Earth was irradiated in what can only be described as a cataclysmic event. Today, ancient references to such events are often written off as myth and legend by the scientific community, but when combined with prophecy and other scientific data, they draw completely new and plausible conclusions. Timeline To The Future has concluded that some, many, or all of the events listed at the top of this page could occur instantaneously at some point in the very near future.